0 Colima Diaspora around the world 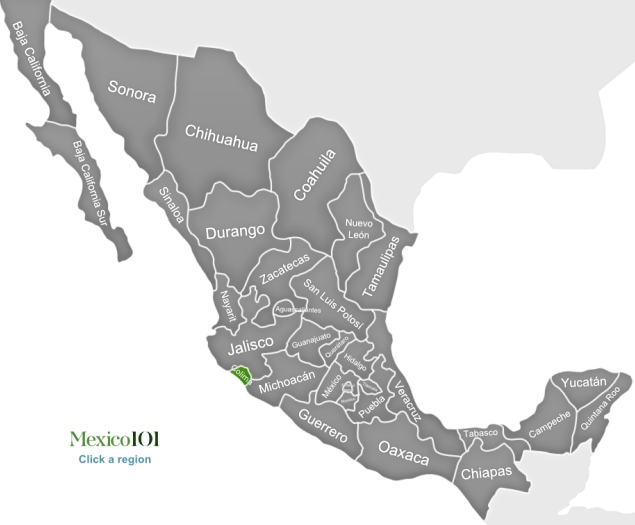 Colima is a free and sovereign state which shares its name with the capital and main city. It covers approximately 2,173mi squared and has a population of 650,555according to statistics in recent years.

The Colima landscape itself consists of plains, hills, mountains, valleys, and deep ravines, while part of the Sierra Madre mountain range runs through the state. The highest peak in the state is the Colima Volcano at 4,240 meters the country's most active volcano. It also lies on the border with Jalisco and has erupted over forty times. Yes, earthquakes are troublesome and unfortunately, relatively frequent.

In Colima the population density is 249 people per square mile. Almost all the people speak Spanish. Only less than 1% speaks one of the Amerindian languages. 78% of the population, are Roman Catholic, 2%, are Protestant. This is according to the statistics in the year 2000. There are also some Jehovah's Witnesses. Few people who have no religion.

Public education is free for all students from 6-16 years so many students from families that can afford to pay go to private schools. It is the less fortunate students who attend public schools with few resources. The University of Colima, TecMilenio University, and Instituto Tecnologico de Colima are located in the city of Colima.

The capital city is also called Colima. It is located in western Mexico. It is not far from the pacific coast. It is situated in a valley between the active Volcan de Fuego and the dormant snow capped Volcan Nevado de Colima. The city is dotted with coconut palms and bananas. The weather is pleasant all year round. It is the most safest and livable city in Mexico.

It is businesses that generate a large percentage of the state’s income. The government has focused its time and effort in improving this sector. Many programs have been implemented to boost this sector. The service sector is another contributor to Colima’s Gross Domestic Product. This is through the transportation and storage sector services.

The largest extraction of iron and magnetite is Pena Colorado. Other deposits are concentrated along the Minatitlan region.  The infrastructure for the mining industry makes use of the natural resources available. It is approximately 154 million tons of iron.

Manufacturing and agriculture are other contributors to this economy..

The state has tourist attractions in various places. There is a cathedral in the east side of the main plaza. There is also an impressive Palacio del Gorbieno building. You can find musicians entertaining in the gazebo as the people dance. Other museums include the regional history museum of Colima, the University Art Gallery Alfonso Michel, and the University Museum of Popular Arts.

Colima state has many interesting species and is protected by the North America biodiversity but overall, the environment is thriving and well protected from pollution. With the Sierra de Manantlan Biosphere Reserve bordering with Jalisco, it promises a wonderful encounter with nature and in general, it is here you will find the perfect mix of civilization, nature, education and a decent quality of living.