0 Durango Diaspora around the world 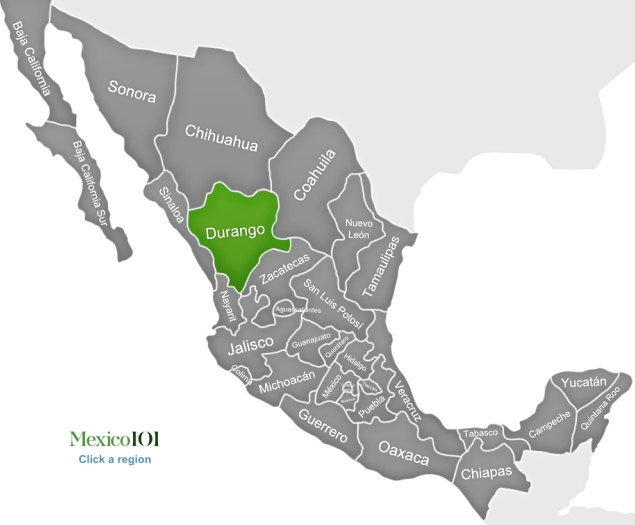 Known for its picturesque waterfalls, hot springs and vibrant local culture, Durango has an integral place in North American pop culture. It is the home state of Pancho Villa and thus understandably has a place of honor in Mexico’s history. In recent years, Durango has made a name for itself in the international tourism circuit with its plethora of outdoor activity options like canoeing, hiking, rock climbing, mountain biking, camping and live music events.

Located in the north-western part of the country, Durango is a sparsely populated state (its population density is higher than only Baja California Sur). Once upon a time, indigenous tribes like the Toltecs and the Nahuatlacas had inhabited the lands but since then Durango’s chequered history has come to include numerous chapters, ranging from European colonisation in the hands of the Spanish to the Comanche raids of the early 19th century as well as some definitive moments in the Mexican Revolution.

Despite its low population, in terms of area, Durango happens to be the fourth largest state in Mexico. The topography mainly consists of rugged mountains and dense forest covers with the Sierra Madre Occidental range making up the central and western parts of the state. To the west of the Sierra Madre, there are a few plains drained by rivers and ravines that flow westwards into the sea. The mountains are rich in mineral deposits and contribute largely to the economy of Durango. Since the Sierra Madre blocks most of the winds blowing in from the Pacific Ocean, the areas to the east of the mountains experience minimal rainfall and a dry climate. Rainfall is comparatively higher and the weather pleasantly cooler on the western part as well as high in the mountains. The mountains even experience light snowfall in the winter that melts away quickly. The central area of Durango has the driest weather.

The main sectors that contribute towards economic activity in the state includes farming, ranching, mining and logging. The timber industry has been a traditional employment provider. Today, the major agricultural produce includes wheat, alfalfa, beans, corn and cotton. Rich mineral (including silver) deposits can be found in the mountains.

Given is scenic mountainous landscape along with sloping valleys, stunning ravines, picturesque sunsets and vibrant biodiversity, Durango has always been somewhat of a crowd pleaser for international tourists. The large variety of scorpions found in this state is in fact, one of its major claims to fame. Moreover, the state has been featured in multiple Hollywood productions starting with the depictions of General Villa’s battles, thus cementing its high position in popular imagination. Voluminous waterfalls like the Salto del Agua LLovida and the enormous Puentecillas Lake are other major attractions for nature lovers. Outdoor enthusiasts especially favour Durango due to the multitude of adventure activities it has to offer. The many indigenous tribes that still call the state their home enhance the cultural kaleidoscope that is Durango.